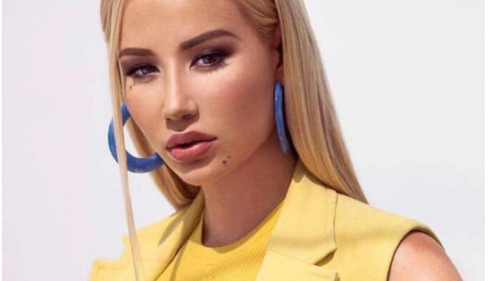 Every year, a number of awards are won by celebrities but some awards are so hard to win even if you go for the contest.

Many have won the awards in a number of fields but despite all that, Iggy Azalea says the award of having the best vagina in the world is the best.

She was crowned at GQ Australia Men of the Year Awards and she is not afraid to tell the entire world about it.

She said  “I’ve got the best vagina in the world,” she told The Daily Telegraph after accepting her trophy. “I have won a lot of awards over the last few years but this one means the absolute most to me because I can finally say I have an award-winning vagina”

She continued to say “‘Vagina of the Year’ is a big achievement, number one Australian pussy. People won’t get the joke, but it’s funny because [in the media] women are reduced to vaginas. Some days I’m a vagina, others I’m a human.”