14 Celebrities who aren’t afraid to talk about their vagina 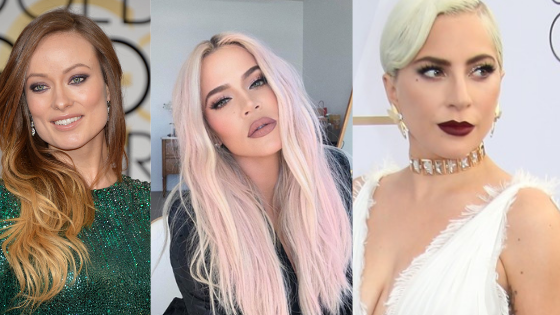 We all love the vagina, but talking about it in public isn’t that easy but when it comes to celebrities, it’s something different.

She is not only a woman of class but also a woman who feels comfortable talking about her vagina.

She told Vanity fair that she is avoiding sex for some unusual reason, “I have this weird thing that if I sleep with someone, they’re going to take my creativity from me through my vagina.”

We all didn’t forget Janelle in her beautiful video for “” where she wore vulva pants. In an interview with the Billboard, Janelle said, “There are some women in the video that do not have on the pants because I don’t believe that all women need to possess a vagina to be a woman. I have one I’m proud of it, but there’s a lot of policing and controlling that people are trying to have over our vaginas.”

Jessica’s dreams are pretty weird, she once said, “Oh my god . I just had a daydream that my vagina ate a bag of Skittles.”

She is an activist, she said, “Get out of my vagina!”

She was asked to grow her pubic hair for a role in The Reader, “Let me tell you, [it] was not glamorous for me in terms of body-hair maintenance. I had to grow because you can’t have a landing strip in 1950, you know? And then because of years of waxing, as all of us girls know, it doesn’t come back quite the way it used to. They even made me a merkin because they were so concerned that I might not be able to grow enough. I said, ‘Guys, I am going to have to draw the line at a pubic wig. But you can shoot my snatch up close and personal”.

The reality show star once said,  “I never take myself seriously. When I joke about my camel toe or my big vagina on TV, I don’t realize how many people are watching”.

She thinks people should stop talking about genitals.

She told TIME “Folks want to believe that genitals and biology are like destiny! All these designations are based on a penis, however many inches that is, and then a vagina. And that’s supposed to say all these different things about who people are. When you think about it, it’s kind of ridiculous. People need to be willing to let go of what they think they know about what it means to be a man and what it means to be a woman. Because that doesn’t necessarily mean anything inherently.”

She told the Huffington Post, “My best feature is a private matter, although I’m told it is spectacular. But you can’t really walk it down the red carpet.”

She reffered it to her temple of learning.

“It’s the place where all the most painful things have happened. But it has given me indescribable pleasure,” Madonna told Gawker.

She has no problem with showing off her vagina, she said, “I stopped wearing the nude patch after the first season of Girls,” she said in 2017. “There’s not one guy who works on that show who hasn’t seen the inside of my vagina… This patch — you glue it over your vagina. It gets sweaty and always falls off. My male co-stars, at the end of the day, don’t care”.

She suggests you look at it.

“I say grab a mirror and play along. Get in there. Learn about it. You’re supposed to treat it like the beautiful flower that is, the delicate flower that it is. And you’re supposed to nurture it in all the ways that it needs nurturing,” she told Chelsea Handler. “[You should be] watering it. Fertilizing it. It needs nourishment. It’s hungry.”

She is tired of her vagina doctors asking for autographs.

“There have been so many uncomfortable and actually violating moments when like, I’ve been at the gynecologist and the doctor’s like, ‘Can I have an autograph for my daughter?’ “I’m like, ‘F–k you! … What the hell is wrong with you?’”, she told a radio show in New Zealand. “Or I’ll get laser or whatever and someone will be like, ‘My such-and-such is a huge fan,’ and it’s like, ‘Great, you can now tell them you’ve seen my vagina. Like the whole thing!”

She doesn’t lie about her vagina, she told  Glamour, “I felt like my vagina died. Turned off. Lights out . . . You can lie to your relatives at Christmas dinner and tell them everything on the home front is just peachy, but you cannot lie to your vagina.”

Amy wrote in her book Yes Please, “I don’t consider myself beautiful or famous, but my vagina certainly is. Everyone knows this. I have the Angelina Jolie of vaginas.”