Have you ever had a toxic family that being with them just for an hour makes you question your own insanity? Even though there is a saying that blood is thicker than water. Sometimes staying away from your family can make your life easier.

Some families want you to be like them, act like them, and maybe share the same beliefs and if you are not strong enough, you might end up in bad shape because of family.

Well, this 26 woman has had enough from her family so she blocked them and started her own life, It takes a lot of will to come to a decision like this.

According to this Reddit user who identified u/TwistUpper8903, All she had to do was move out and cut off her family.

“I(26F) moved out in late December 2021 and for my emotional Health I cut off contact with my family. For context: I cut off my parents due to them turning into religious fanatics and trying to push their beliefs onto me and the last draw was when they caused an emotional event where they tried to throw out some stuff that my late older brother left me for me to always remember him by (anime graphic tees and polaroid photo album of the good time we both had together) and there excuse was “That is diabolical” or “It’s time to let the dead be dead” mind you this was their eldest son we are talking about and they are acting as if he was the worst person on earth (he wasn’t)”

She actually had no option but to cut off his younger sibling who also was toxic like his parents. Even though she had enough, she still loved her nephew.

“I even cut off my younger brother (22M) due to him becoming verbally and emotionally abusive. The only one with who I had contact was my SIL (28F) for the sake of my nephew and she begged me to get help since she saw that I looked affected. I took her advice and decided to attend therapy and in a few sessions, I noticed how toxic my family was and even ignored all the red flags.”

In most cases, when you stay away from your toxic family, life gets better but your family members won’t let you be, they will continue messing with you because they are just out of the world. As it is the same that happened to her.

“Everything was going great until I got a WhatsApp notification from a group that was created. It was my parents and younger brother telling me that five months were enough from no contact and that I had a lot to do to reconcile with the family and try to keep the peace. I read the message many times and I answered back by saying that “That while I love them and there is no hate in my heart. I can’t go back in contact with the people that damaged my emotional health for them to feel better about themselves and that I am not willing to play happy family and that my emotional health is much more important than anything.” Before any of them could reply I got out of the group chat and blocked their numbers.”

This is really a tough choice, this is not an easy decision.

My friends, family, my mom’s coworkers, and my BF (28M) have said that I am brave for doing this and that I should always put myself first and not let anyone walk all over me. I guess is good to finally feel free.

Well, Redditors jumped on to side with her brave decision.

You’re doing the smart thing. And I hate it when people try to push their beliefs on to others. As I remember this one woman who would always preach about God on the bus ride to the high school I was going to. I was using public transport at the time so I couldn’t avoid her till I decided to start walking to school.

Good for you, it’s hard to not let family manipulate using guilt and shame- standing your ground is not easy. What you did was really hard and you genuinely deserve to be happy, no matter what your family says or does.

Just like that, it only took bravery to find her peaceful self again. Brave choices make life easier. 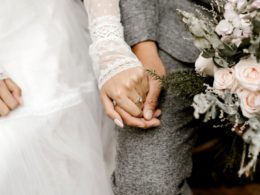 10 ways to make your husband attracted to you again 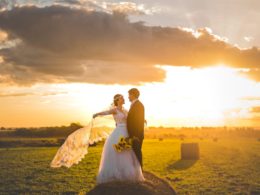 9 things to know before becoming a wife 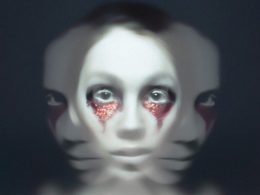 9 ways to stay close to your crazy Friend 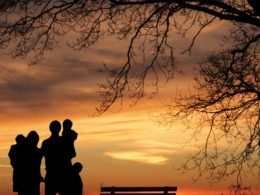 8 reasons you feel sad around your family

This website uses cookies to improve your experience while you navigate through the website. Out of these cookies, the cookies that are categorized as necessary are stored on your browser as they are essential for the working of basic functionalities of the website. We also use third-party cookies that help us analyze and understand how you use this website. These cookies will be stored in your browser only with your consent. You also have the option to opt-out of these cookies. But opting out of some of these cookies may have an effect on your browsing experience.
Necessary Always Enabled
Necessary cookies are absolutely essential for the website to function properly. This category only includes cookies that ensures basic functionalities and security features of the website. These cookies do not store any personal information.
Non-necessary
Any cookies that may not be particularly necessary for the website to function and is used specifically to collect user personal data via analytics, ads, other embedded contents are termed as non-necessary cookies. It is mandatory to procure user consent prior to running these cookies on your website.
SAVE & ACCEPT
Total
0
Share
0
0
0
0