I grew up in Africa (Uganda) but recently I moved into the western world, talking to people and having a few white friends has made me realize that there are various myths people believe about Africa. It can be annoying when people have their own misconceptions about what people in Africa are like.

Some people actually think that African people still wear bark cloth and that Africans stay in forests. I have meant people who also think that I didn’t go to school and I was called a slave by my husband’s friend. It can be hurting when people have a misconception about you.

If you are reading this, I just want to let you know that sometimes, you just have to see for yourself before you come to conclusions, When you meet someone from an African country, Just don’t get to judge them, it’s better to get to know them first.

Myths about Africa that aren’t true

There have been many tales about Africa but not everything you hear is true, many of those stories are false for example:

1 . That everyone is poor

Yes, Most African countries have high rates of poverty but not everyone from Africa is a poor person, Some of those people have lived well-to-do lives and have not gone through what suffering means.

When I was too young, my parents were financially okay up to around the age of 7, from Age seven to around age 10, I remember my parents going through strong financial strain but from age 10, all I lived was a good life, My parents gave me whatever I needed.

All I did was ask and my dad provided, literally I was a spoilt kid, so when I moved to Israel, I meant a few people who thought I was a poor sad broken African woman. Yes, I am not financially stable right now, But I was given everything I wanted my all life.

The first person who ever said no when I needed something was my husband, Actually, I told him that that was the first no I ever received in my life.

Actually, Some of those black people you meet might have come from well-to-do families than you.

2. They didn’t go to school

So recently, I went to some office with my daughter and while filing some paperwork, this lady asked about my education level, then I was like, I have a degree in economics, she asked again to verify and she looked so so surprised.

Education is quite expensive but yes, people go to school.

This myth really pisses me off, Yes, there are low technological advancements but there is internet in most parts of Africa. So all you need is a laptop and internet and that is how you learn almost anything you want.

So, since I had knowledge of building websites, my husband asked me to build a website for one of his friends and when he told her that it was me to build the website, she looked shocked and actually tried to dismiss me, Then my husband had to step in and remind her that I know more about computers than her.

Then she was shocked and actually didn’t believe it, It’s annoying when people think that about you, I hate that myth.

I grew up in Africa all my life. and I want to agree that there is no maximum security like in the rest of the world but that doesn’t mean that African countries are dangerous.

Like anywhere in the world, you have to be careful but it’s peaceful in most African countries.

The myth that Africa is dangerous is just so annoying and unbelievable.

5. Western world is better than Africa

When I go on busses, I have meant people who ask me if living in Israel is so better than Africa, According to them, Life in Israel is like magic.

Living in Israel is amazing, yes, I have access to better services but living in Uganda is also amazing, I get access to all the tropical fruits and cheap things.

So in most cases, I always say, both places are amazing and I love them both.

Every place in the world has both advantages and disadvantages. Sometimes, the scale is 50%.

Those are the myths people have about Africa and I surely hate them.

Shadow Hunter
I realized, We rarely talk about sex and it is boring, We should talk more about our vaginas and penis, There is nothing to be ashamed of because our vaginas deserve so much love and kindness. I love talking about sex, vaginas, and Penises. It just makes me smile. Thanks for your support.
Previous Article

7 reasons why your mom makes you cry everyday 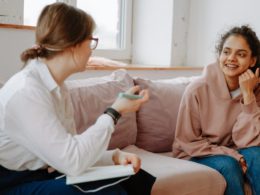 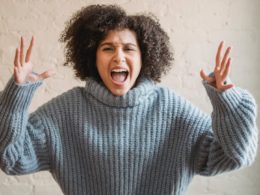 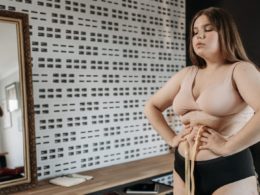 10 ways to motivate someone to lose weight

This website uses cookies to improve your experience while you navigate through the website. Out of these cookies, the cookies that are categorized as necessary are stored on your browser as they are essential for the working of basic functionalities of the website. We also use third-party cookies that help us analyze and understand how you use this website. These cookies will be stored in your browser only with your consent. You also have the option to opt-out of these cookies. But opting out of some of these cookies may have an effect on your browsing experience.
Necessary Always Enabled
Necessary cookies are absolutely essential for the website to function properly. This category only includes cookies that ensures basic functionalities and security features of the website. These cookies do not store any personal information.
Non-necessary
Any cookies that may not be particularly necessary for the website to function and is used specifically to collect user personal data via analytics, ads, other embedded contents are termed as non-necessary cookies. It is mandatory to procure user consent prior to running these cookies on your website.
SAVE & ACCEPT
Total
65
Share
0
65
0
0