Home Wellness Sex & Vaginal Care Boyfriend thinks my vagina is disgusting and won’t touch me at all.
3 minute read

Boyfriend thinks my vagina is disgusting and won’t touch me at all.

Many women go through so much in their sexual lives every single day. But imagine the man you love says” your vagina is disgusting ”

To me, that’s the most owlful comment have ever had in my life about a vagina and surely, I feel so sad about all situation.

Imagine you give him a whooping and exhausting blow job everytime you having sex and all he tells you is he can’t go down there because your vagina is disgusting.

Let’s get real here. You put in so much effort to make sure he enjoys the blow job and all he says is your vagina is disgusting. “I’m 18, he’s 23. We’ve been together for nearly two years and we both have very high libidos and have sex very often. Sounds great, right? Well, it is for one of us. I love this man but it genuinely seems like all of his ideas of sex come from porn despite him bragging about how many girls he’s been with. A tiny bit of kissing, maybe a bit of groping if I’m lucky and in it goes. He seems to like grabbing my chest, which I’m very much into, but he refuses to touch me anywhere else and doesn’t pay any attention to my clit at all. I’m a part of the vast majority of girls who can’t orgasm without clitoral stimulation, and he literally didn’t believe me when I told him this. He doesn’t like it when I reach down to rub myself during intercourse because he takes it as some sort of insult like I’m trying to be passive-aggressive and indicate he’s not doing it good enough. Literally. He pulled my hand away saying something along the lines of ‘all you need is this dick’ and became upset when I didn’t stop because I was actually close to an orgasm and wanted to cum. Needless to say, the sexy times ended there.    I’m so sexually frustrated and have been getting myself off lately and it upsets him. I give him a bj nearly every time we have sex and he’s never eaten me out once. I take care of myself because I love being eaten out and he hates it, says it’s disgusting when I get all ‘slimy’ down there when I’m aroused and that vaginas shouldn’t have any sort of scent. God, it feels like I’m having sex with a virgin. He once told me, in his exact words, ‘pornstars don’t need it so why do you?”

“What the fuck should I do?”

She goes ahead to ask what she should do, What would you do?

This is a terrible feeling but from the explanations, she has tried to talk to him about the whole situation but seems like things have not changed at all.

You can decide to end the relationship, you will find someone who appreciates every inch of you if someone doesn’t appreciate you then what do you want with them.

Women tend to believe that they have to endure everything they are going through because of being afraid of staying alone. Don’t be!

Below were some of the comments that were given by other Reddit users.

“I wish you the best now that you’ve dropped the dead weight. I agree with the rest of the commenters. It is extremely important to have a partner who is interested in assisting you in your happiness (whether it’s sexually or otherwise) relationships take effort from both people. He wasn’t doing any effort and his “sexual prowess” sounded fucking terrible”

“Congratulations! If he is that insecure, uninformed, and inconsiderate about sex he is probably the same about other areas of life. Now you can find somebody that respects you and your needs!”

From the above, Many users were suggesting that h=she should find a better relationship.

My boyfriend seems to be fascinated with my vagina

Biggest vagina in the world and other vaginal related records 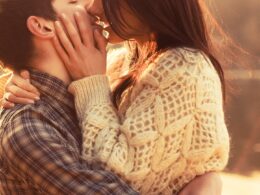 V-tight gel has the magic to tighten your vagina overnight

Is there an at-home test for BV?-FAQs about BV