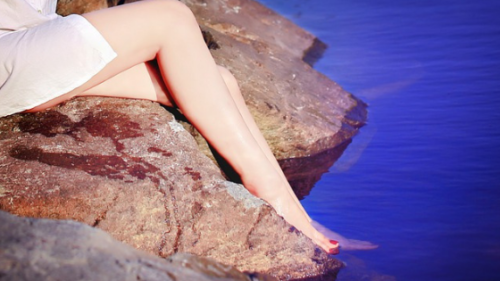 What Is Vaginal cancer?

Another name for vaginal cancer is known as neoplasm and it’s uncontrollable since it involves the growth of abnormal cells which develop in any part of the body.

Since cancer can develop in any part of the body, well it can also develop in your vagina.

A vagina is also known as the birth canal and its part of the female genital tract that connects to the cervix.

Around 2000 women develop vaginal cancer in the united states annually.

This is the most common type of vaginal cancer and it forms in squamous cells lining of the vagina.

In most cases, it stays around the vagina and grows slowly but it can also spread to other regions like the bone, liver, the lungs and the pancreas causing Vaginal intraepithelial neoplasia.

Vaginal intraepithelial neoplasia (VAIN) is a condition that affects the pancreas and it occurs when squamous cells begin displaying abnormal changes that can lead to cancer.

This is the most common type of vaginal cancer and it starts in the glandular cells.

It should be noted that glandular cells are in the lining of the vagina and support in releasing fluids, for example, vaginal mucus.

This type of cancer is more likely to spread to the lymph nodes and lungs, unlike squamous cancer

that spreads so slow.

In most cases, Adenocarcinoma is linked to being exposed to (DES)diethylstilbestrol before childbirth.

But in most cases, Adenocarcinomas that is not linked to being exposed to diethylstilbestrol before birth is most common in women after menopause.

This type of cancer originates in the muscle, connective tissue and the bone.

This is a skin condition and it’s very common among women since it ends up affecting your vagina and hence causing cancer.

It develops from the cells of the skin that produce pigment.

Just like all types of diseases, vaginal cancer also has a number of symptoms that can be noticed by a woman.

It should be well remembered that in the early stages of vaginal cancer, symptoms may not easily be seen or found in the routine exam but later stages can easily be seen.

One of the most common symptoms of vaginal cancer is abnormal bleeding after sex and pelvic pain.

Vaginal bleeding is one of the most common symptoms and bleeding after menopause should also be evaluated.

Causes of vaginal cancer among women.

It’s unfortunate that researchers don’t know the original cause of vaginal cancer but there are various risk factors which include:

HPV infection causes a contraction in the human papillomavirus hence increasing the risk of cancer.

It’s known that women over the age of 60 years are at a high risk of developing vaginal cancer.

If you have had a problem of cervical cancer in the past, you may be at a high risk of developing vaginal cancer.

3.Previous use of radiation treatment.

If you have had some radiation treatment in the past, you are at a high rate of developing vaginal cancer in the future.

If you have had a hysterectomy, u is at a high risk of having vaginal cancer in the future.

This was a type of drug that was taken by pregnant mothers between 1940s -1971 and it has some impact to the unborn babies, children from those years are now in the later 40s or older.

The risk of developing vaginal cancer is also linked to DES if your mother drugs it.

To women infected with the HIV virus, there is a high risk of you developing vaginal cancer

Women who take alcohol and cigarettes are at a high risk of developing cancer in their vaginal.

If you have symptoms of cancer, its best you visit the doctor for diagnosis, it will involve a number of discussions for example about your family history, your sexual life, personal life and examinations which may include:

During this exam, the doctor will examine the uterus, cervix, vagina, ovaries, rectum and fallopian tubes by inserting a speculum in your vagina to look for any signs of disease.

The doctor will examine the shape, position, and size of the ovaries and uterus.

This procedure is also called the pap smear.

Under this procedure, a speculum is put into your vagina to collect cells on the surface of the vagina and cervix.

After the cells are viewed under a microscope to find out if they are normal or abnormal.

This is also known as an examination of the cervix and its carried out when the pap test concluded abnormal results or if the doctor saw something suspicious during the pelvic exam.

During this procedure, a biopsy is required and it involves doctors taking some small tissues.

A local anesthetic is always used to reduce the pain.

After the tests and examination of the results, the doctor will give you a go ahead with treatment if vaginal cancer is identified.

This exam involves checking of your all body to identify all the general signs of cancer which may include lumps or anything else.

The doctor also examines all the history of your health.

Just like all types of cancer, vaginal cancer is also treated depending on location stage and type and there are various treatments of vaginal cancer which include:

Regardless of the stage of cancer, surgery is one of the most common treatment used.

If your cancer is still in early stages, a simple excision or laser surgery can be done but if its severe,

The doctor will need to remove all the organs and the vagina that is infected to prevent the spread to other areas.

This involves the use of certain drugs to kill the cancer cells. It all depends on what type of drug and it can be given to you orally or intravenously.

The drug tends to move through your body attempting to prevent the spread of the cancer cells to any other parts of the body by killing them.

Treatment options depend on the following.

The best way you can reduce the risk of cancer is by taking preventive measure and these may include:

Vaginal cancer is very dangerous and it is caused by a number of causes. However, there are various treatments and prevention measures available to you.

Previous articleVaginal swelling:causes,prevention and natural remedies.
Next articleEverything You Need to Know About Vaginal Steaming